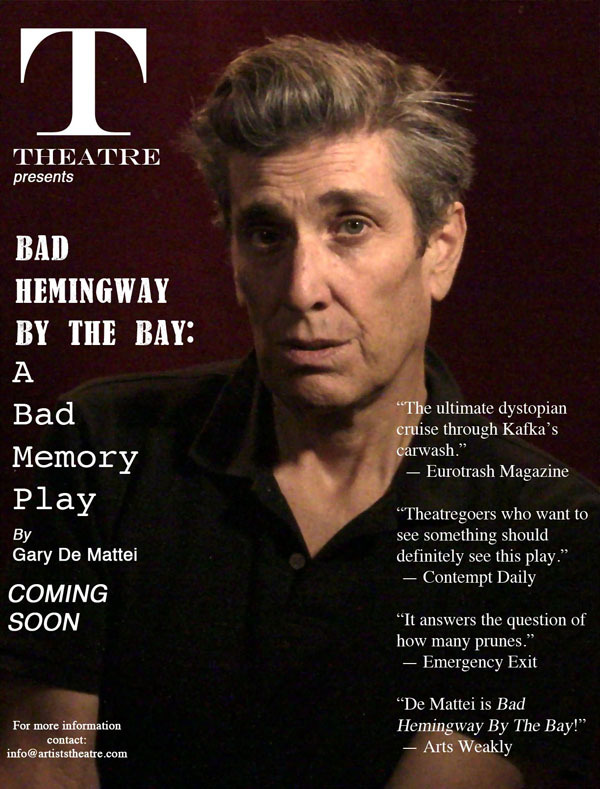 Bad Hemingway By The Bay: A Bad Memory Play, is a two-act comedy-drama set in 1980’s San Francisco. The play is about R.T. Dickman, a writer and performance artist forced to make his living in the restaurant business in order to fund his obsession to be, Bad Hemingway By The Bay! It is the heartbreaking and hilarious tale of a young artist’s journey of self discovery told by Dickman’s ghost who returns from the grave one night a year to perform his legendary nightclub act, The Cold Man And The Sea, before daylight comes when he must return to his grave. The play had its first reading on August 9, 2016 at Cafe Stritch in San Jose, California, with De Mattei as R.T. Dickman and Caryn Hartglass as The Cabaret Singer. Another reading of the play is being planned for the Fall of 2018 in New York City and it will feature the same cast. For more information contact info@artiststheatre.com